This year so far looks like I’m in a highlighter shopping spree. :)) Makeup Revolution Liquid Starlight and Unicorn Elixir Liquid Highlighters are my newest addition to the collection. I just randomly bought them from Superdrug about two weeks ago after swatching all the available colors. If you are following me on Instagram you must have seen the live swatches I posted that day.

They are liquid highlighter drops with a variety of uses and available in 7 shades. They are described as concentrated highly pigmented highlighters. You can use them alone or mixed with your foundation, body lotion or moisturizer. So there you have a lots of ways to use them.

If they are so highly pigmented I wouldn’t dare mix them with my everyday skincare as I would have more than a natural glow. Honestly I wouldn’t wear them on those bare skin days just mixed in my moisturizer as I’ll be shiny like a disco ball. 🙂

Some of the shades are definitely more intense than others, but I just picked these two here. Mixed with your body lotion will give you an all over glow but I would only wear them on my shoulders or collarbone. Anyway is up to your preference.

Makeup Revolution Liquid Starlight Liquid Highlighter ($9.00 / £6.00 for 18 ml/ 0.61 oz.) is officially seen as a reflective white pink. Is a very light, luminous beige-pink with warm undertones and an intense metallic finish. It’s easily buildable in intensity. You can get either a semi-sheer or an almost opaque coverage. The texture is very light, smooth and applies well on the skin. It feels weightless and comfortable with a slightly emollient sensation.

The application went fine, as the highlighter glided seamlessly across the skin. It applied well and spread evenly with a good adherence on the skin. I love the intense metallic shine it gave me. I’m also happy to report that it didn’t lifted up my foundation, didn’t look patchy or uneven at all. It has a liquidy thin consistency with a bit of a slip that glides easily across the skin.

I got around 8 and a half hours wear. I’m not very fond of the packaging. As much as I like this shade, I simply dread the packaging. It comes with a pipette which just makes getting out the enough amount of product so difficult. I squeeze the pipette but still I get very little amount of product so I have to dip it in a few times. I just don’t like this type of applicator. Maybe it’s happening just in my case or I don’t know. I have the same problem with the other shade as well.

Makeup Revolution Unicorn Elixir Liquid Highlighter ($9.00 / £6.00 for 18 ml/ 0.61 oz.) is officially described as a reflective iridescent lilac. It’s a very sheer, iridescent lilac with a bit of blue sparkle and micro-glitter. The shade is really pretty but had a very sheer coverage. I tried to build up the intensity but I just couldn’t even get close to a medium coverage. It just gives an overall sparkle which I had to admit looks pretty applied on my shoulders.

It had a liquidy and thin milky consistency with bit more of a slip. Applies on well with a very subtle effect where the sparkles were more noticeable. I wouldn’t wear this on its own as it does work better paired with other products. It lasted on me for about seven hours having a slightly emollient formula. 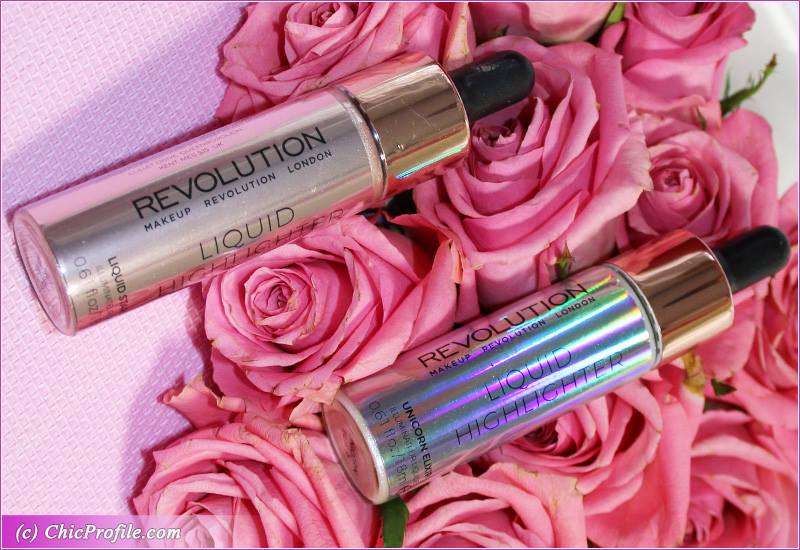 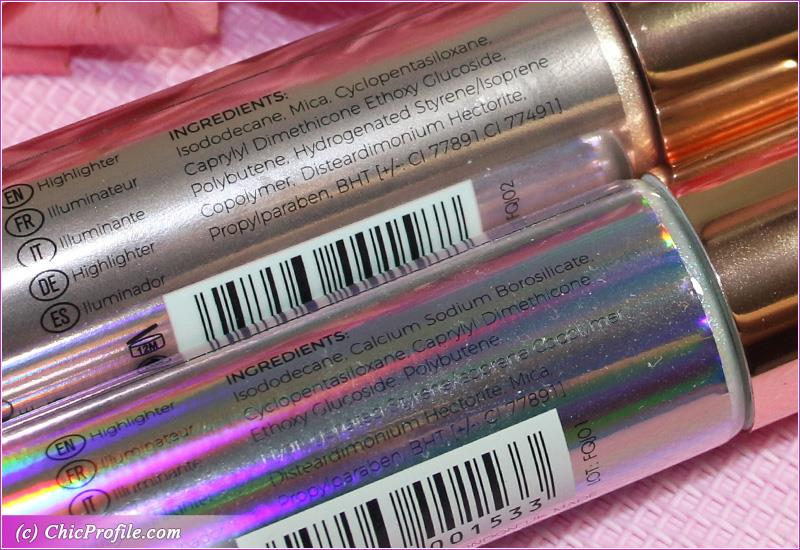 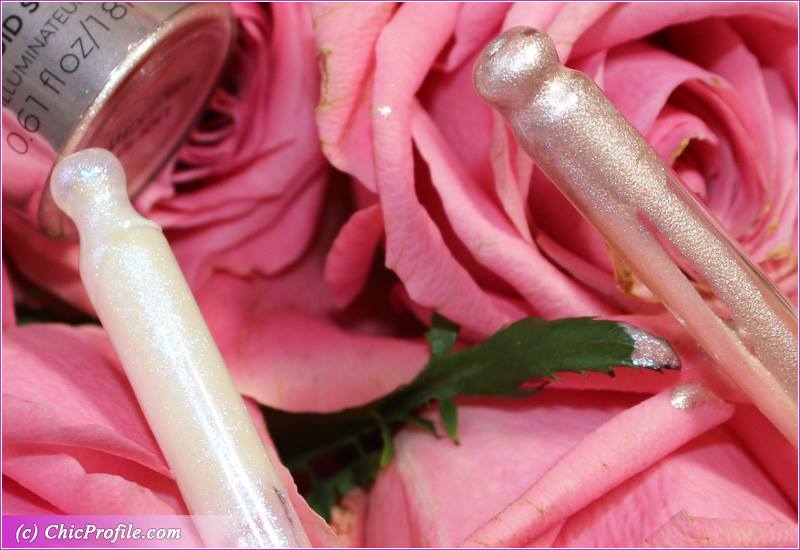 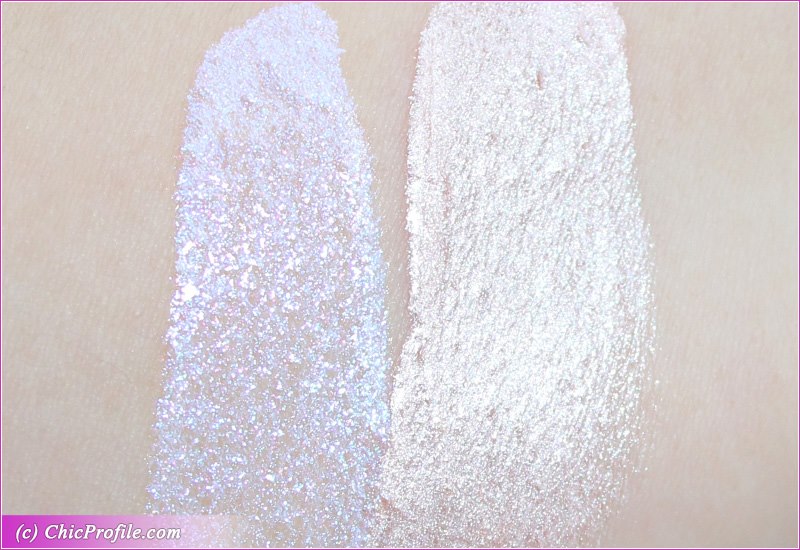